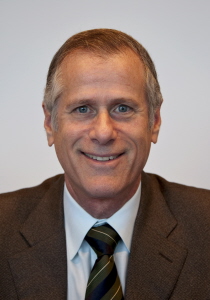 Joel Krissman has dedicated his practice to representing workers and consumers seriously injured or killed as a result of industrial accidents, business negligence, and unsafe products. Each case is prepared and litigated with the proper investigation and expert consultation required to present the client’s full story and damages to a judge and jury. As a result of meticulous preparation and experience involving decades of trial practice, Joel has obtained many multi-million dollar settlements and jury verdicts. However, Joel believes that each case he handles requires the same level of attorney commitment and client communication, whether that case is “big” or the damages are more modest. “When a client trusts us with his or her case, we understand that must be as important to us, their advocate, as it is to the client.”

In addition to his civil trial experience, Joel has served the trial bar as a member of the Board of Governors for the Consumer Attorneys of Los Angeles for many years achieving “Emeritus” life standing. Joel has been appointed to act as a Los Angeles Superior Court settlement officer and mediator and as an arbitrator in private party arbitrations and mediations.

In a continuing commitment to maintaining a high level of education and excellence for the civil trial bar, Joel has frequently lectured at Bar association conventions and meetings and has also had numerous articles published in The Advocate, The Forum, and monthly legal magazines.

Joel graduated UCLA with a BA in Political Science and attended law school at the University of San Diego, graduating with a JD in 1973 and was admitted to the California Bar that same year and the U.S. Central District court in 1974.

100% of Practice Devoted to Litigation